I thought I'd get lots of blogging done this weekend.  You see, after all the busy-ness of the last few months (good busy, but some of the busiest I've ever been, just the same), I decided to take this weekend and schedule nothing.

I decided that, besides laundry, dishes, and the every day stuff, I'd just do whatever I felt like.  What a bizarre concept.  I was sure that I'd get lots of blogging done, but I never really felt like blogging.  What did I feel like? 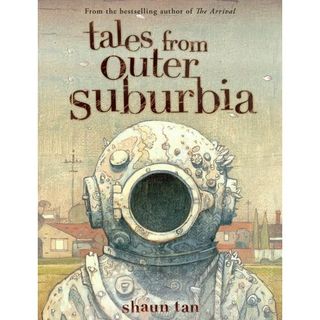 I'd start reading a book, or downloading photos, and I'd get sleepy and go take another nap.  Along with sleeping well at night, I slept two to three hours during the day.  I haven't even finished any of the books I'm reading (Small Pools, Unseen Academicals, and Tales from Outer Suburbia).

I almost didn't write this part of the post because it seems so... shameful to get so little done over a whole weekend.  However, catching up with the last two weeks' worth of Glee put me in a good mood this evening so I decided to confess anyway.

Here are a few interesting things I ran across the last few weeks:

...So often the beauty of compassion between partners is overlooked or forgotten, but when it exists the connection between the two can be felt by everyone in the room...
If anyone had asked you, a decade ago, to predict who would be the biggest star of 2010, you might have said Jim Carrey. Or Tom Hanks. Or Tom Cruise. They headlined the biggest movies of 2000, after all...

Why I doubt that I'll be buying an iPad... 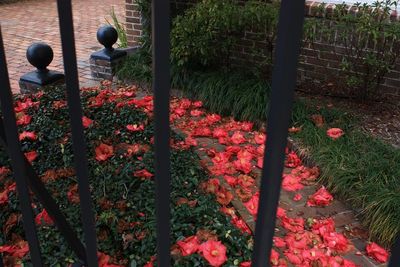 ...besides the name, the price, and the fact that I don't want something else to carry around.

Time Magazine recently had two laudatory articles about the the iPad.  In The iPad Launch:  Can Steve Jobs Do It Again?  Stephen Fry writes about his meetings with various Apple bigwigs including Steve Jobs.  Finally, a few paragraphs from the end of the article, he gets to try an iPad:

...After he leaves, I am finally left alone with an iPad. Finally I get some finger time. I peep under the slip holder, and there it is. When I switch it on, a little sigh escapes me as the screen lights up. Ten minutes later I am rolling on the floor, snarling and biting, trying to wrestle it from the hands of an Apple press representative.

That is not strictly true, but giving up the iPad felt a little like that. I had been prepared for a smooth feel, for a bright screen and the "immersive" experience everyone had promised. I was not prepared, though, for how instant the relationship I formed with the device would be. I left Cupertino without an iPad, but I have since gotten my own, and it goes with me everywhere...

Earlier in the article, he explains:

...The iPad does perform tasks — it runs apps and has the calendar, e-mail, Web browsing, office productivity, audio, video and gaming capabilities you would expect of any such device — yet when I eventually got my hands on one, I discovered that one doesn't relate to it as a "tool"; the experience is closer to one's relationship with a person or an animal.

I know how weird that sounds. But consider for a moment. We are human beings; our first responses to anything are dominated not by calculations but by feelings. What Ive and his team understand is that if you have an object in your pocket or hand for hours every day, then your relationship with it is profound, human and emotional. Apple's success has been founded on consumer products that address this side of us: their products make users smile as they reach forward to manipulate, touch, fondle, slide, tweak, pinch, prod and stroke..

Stephen Fry is a writer, actor (recently the Cheshire Cat in Alice in Wonderland), and broadcaster, and his article is very entertaining - I recommend reading all of it.  I kept irritating everyone by reading parts of it out loud.

What can I compare this to?  I don't really have relationships with objects in my pocket or purse.  I tolerate my cell phone, but it still takes me so long to realize that it's ringing that, by the time I get it out of my purse, it's stopped.  I enjoy listening to my mp3 player while I do weights, etc. at my physical therapy, or when taking walks on gloomy days, but I pretty quickly restricted my uses to those times.  I don't want it to get in the way of listening to birds on a beautiful spring morning.

That's my problem with being constantly "connected."  To what?  I enjoy the internet, and I use it at certain specific times of day.  The rest of the time, I don't want to be distracted from what I'm really connected to - whether that's a friendly cat,* an actual physical book where I can flip back a few pages if I need to, the people around me (whether I know them or not.  People watching is quite interesting), nature, or whatever else is going on around me.  Even while doing physical therapy (at the sports medicine clinic) while listening to music, I'm always watching what the other people are doing - What have they injured?  What exercises are helping?  What activity are they trying to get back to?

One other use that I've found for my mp3 player is recording - rehearsals or voice lessons.  That's actually something that makes me feel a little more connected to my mp3 player because I'm, very vaguely, making something to use later.

That brings me to what may be the biggest reason for me not to ever get an iPad.** In another, generally laudatory, Time article, Do We Need the iPad?  A TIME Review, Lev Grossman concludes:

...If I have a beef with the iPad, it's that while it's a lovely device for consuming content, it doesn't do much to facilitate its creation. The computer is the greatest all-purpose creativity tool since the pen. It put a music studio, a movie studio, a darkroom and a publishing house on everybody's desk. The iPad shifts the emphasis from creating content to merely absorbing and manipulating it. It mutes you, turns you back into a passive consumer of other people's masterpieces. In that sense, it's a step backward. Not much of a fairy-tale ending. Except for the people who are selling content.

If my computer crashed, although there are many practical things I'd lose, the things I'd miss the most are things I'd written, the photos I'd taken, the pictures my kids have made, and the saved letters and interactions with relatives and friends.  For me, creativity and the interactions are the most important things that the computer "provides."  An iPad isn't going to help with that.  Besides, do you know how many CDs you could buy for the price of an iPad?

*  An adorable, and extremely friendly, calico cat was visiting us this evening.  We'd never seen her before.

[Note:  The photo is of camellia flowers on a front walk in Charleston, SC.  That was a useful place for my cell phone because it's the first time, on vacation in a city (rather than a town), where daughter wandered off on her own.  We could use the cell phone to arrange where to meet, which meant that I actually put the phone in my pocket rather than at the bottom of my purse.]

[Note:  By the way, don't click on "the name" at the beginning of the post.  It's in questionable taste.]