Another one of my favorite Broadway songs is Little Jazz Bird.  My favorite version is the one Twiggy and Tommy Tune sing in the Broadway musical, My One and Only.  Unfortunately, I can't find it to listen to on YouTube, but here's a clip from it on Allmusic.

Years ago, I sang it for bedtimes.  I miss that.

We used Reflejo de Luna as a cool-down, with tango moves, in Zumba today.  Most of the videos for this song have stills of tango dancers - lovely, but not actually dancing.  I did find three videos that I, sort of, liked in motion.  In the first two, the movements go well enough with the song, but the dance and the song are pasted together.  The third isn't dance, but the choreography is actually to the song:

The dance is from the movie, Take the Lead. 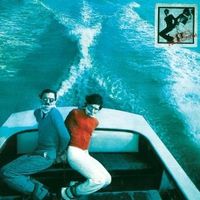 I've gradually been getting CDs* of the albums I originally had on cassette or record.  While we were making dinner tonight,** someone used the word "propaganda," which, of course, reminded me of Sparks' fourth album, Propaganda (from 1974).  The song that I know best from it is Don't Leave Me Alone with Her - a not-at-all romantic song with very crisp words:

Don't leave me alone with her
Don't my sweat and shaking register
Cause if you all go, who'll say no to her...

I love the LA Weekly article on Sparks, Shooting Off Sparks:

...Lyrically, he [Ron Mael, the one with the Charlie Chaplin mustache] comes from the "school of Cole Porter," favoring caustic wit over trivial personal problems; his achingly clever lyrics seesaw between superficial gloss, profound sentiment and the incomprehensibly bizarre...

Russell Mael doesn't merely sing, he wraps his roller-coaster falsetto over his brother's impossible lyrics. Russell has the voice of an angel sentenced to Earth for poking fun at his superior. He has sung from the point of view of sperm, Mickey Mouse, suicidal supermodels, a Liberace sympathizer and the suitor of a faded opera star...

* CDs - NOT mp3s.  Mp3s don't have all the musical information that a CD file has.  I've read over and over that most people can't tell the difference.  Well, if I have 10,000 hours of practice*** in anything, it's in playing and listening to music.  I can tell the difference - the space in the music is gone, at the very least, in an mp3.  I find them irritating.

*** In the book, Outliers, Malcolm Gladwell theorized that it takes 10,000 hours of practice in a field to become expert in it.

Two of my favorite Zumba teachers have used this song lately.  It's one of my current favorites.  You'll have to click through to watch the video:

The hat trick near the end is fun too.

I love her beautiful, alto voice and her thoughtful words.  Bare to the Bone is from her album, The Age of Possibility.

Saturday Fun Song: "Stand by Me" - Prince Royce and many other musicians

Years ago, I had the 45 of John Lennon's version of "Stand By Me."  I think I like Prince Royce's version even better - particularly since we use it for Zumba!

Okay, that was supposed to be the end of this post - nothing long and involved.  But I had to go check the Wikipedia, where I found that the BMI named this song the fourth most recorded song of the twentieth century! Of course, I had to wander YouTube.

I was originally going to put all the videos in this post, but that would make it take forever to load.  However, I had to put these in:

Friday Fun Song: "Back It Up" - Caro Emerald 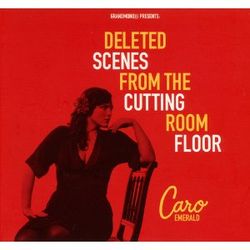 Daughter introduced me to this song.  I love the jazzy feel, and the video is fun (it's also lots of fun to sing along with).

New Orleans...1951...a bar full of genius players, double dealing, sweet talking players with more on their mind than numbers, converge where the hustlers lay on the sugar thicker than the cheap wine that flows in the back rooms of the gambling halls. Eyes shift to the white girl who is obviously lost, or from out of town. And as soon as the timpani plays and she grabs the microphone, her voice moves her from pariah to princess of the pleasure dome. A coincidence ? No, not really...

She's a Dutch jazz singer, and her debut album, Deleted Scenes from the Cutting Room Floor (love the title!), was the best selling album in the Netherlands in 2010.  Back It Up was actually a demo song, which caught on due to YouTube and radio play.  The album was put together around the song. 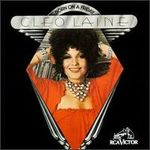 If I could sing like anyone else, I'd like to sing like Cleo Laine (...well, except for the days I'd like to sing like Diane Schurr).  There are two albums of hers from the late 70's/early 80's, that I knew but didn't own and that have been out of print for a long time.  We finally found them recently.  For Christmas, dear husband bought me the record of Cleo Laine, Live at Carnegie Hall (apparently it never was released on CD), and I found a used copy of Born on a Friday on Amazon.  For some strange reason, the Schenectedy Library didn't want it anymore.  Their loss; my gain.  The song Born on a Friday is on both albums - live and studio versions.  It's one of my favorite blues songs and one of my favorite Cleo Laine performances:

Sometimes it takes me weeks to like certain Zumba songs.  I liked Una Aventura, by Bandoleros, the first time I heard it.  It reminds me of the Gypsy Kings, one of my favorite groups.

I love the dance moves in this video!*