Yesterday, younger son and I headed over to the West Point on the Eno park in Durham to see the sand sculpture from the Festival for the Eno.*  Every year, the sand sculpting group, Sandy Feat, makes a large sand sculpture about the yearly Festival theme.  This year, bees were the theme (click here). 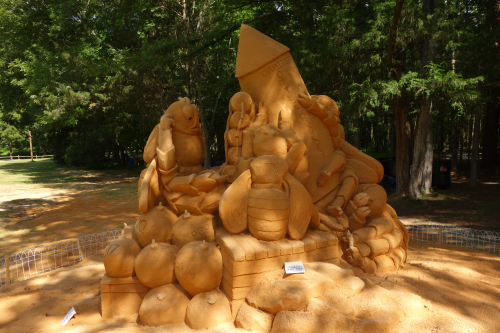 The bees are launching one of their number with fireworks, bombs, and explosives. 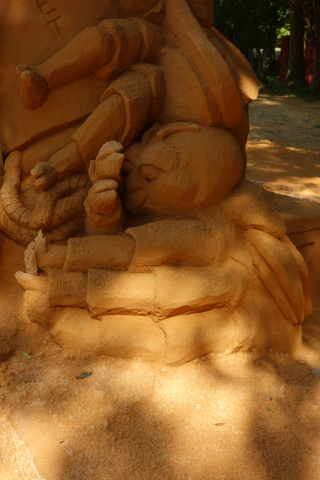 This one is giving the rider a boost. 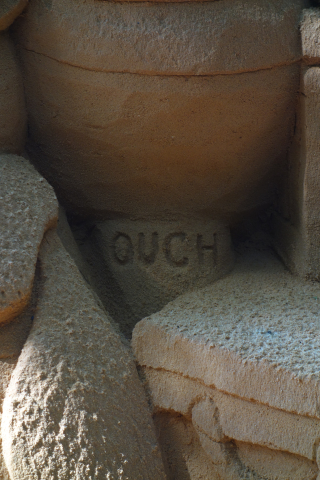 The stinger of the rider. 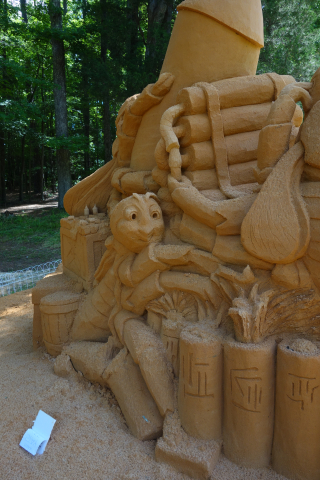 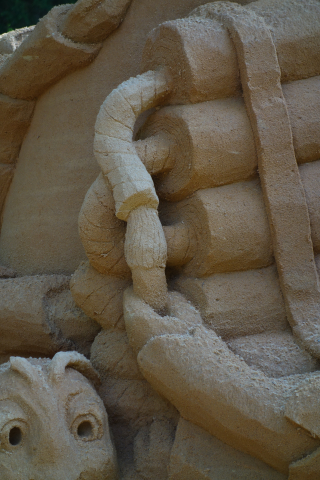 Since they have four "arms," this one can light the explosives with one claw... 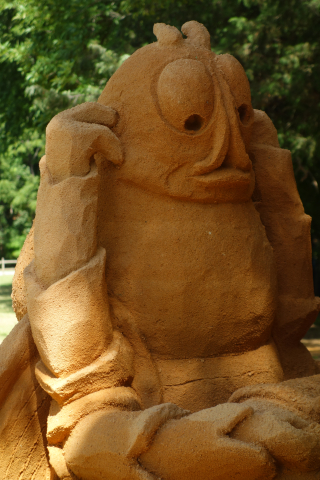 ...while covering its ears with two more. 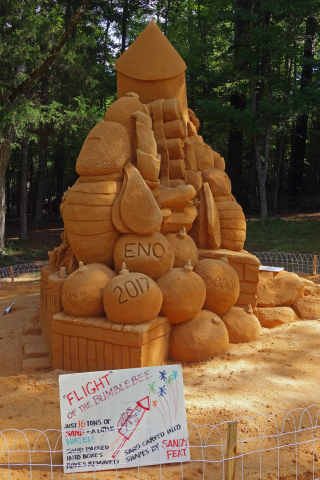 I always enjoy the sand sculpture, but, this year, I really got a kick out of it because the name is from one of my favorite classical pieces to play on the flute.

Back in 1981, as reported by the New York Times, the flutist, Sir James Galway, challenged the Canadian Brass to see which could play Rimsky-Korsakov's Flight of the Bumblebee the fastest:

It all began last weekend at the Chautauqua Music Festival in upstate New York when James Galway, the Irish flutist, played ''The Flight of the Bumblebee'' in 52.45 seconds. Mr. Galway challenged the Canadian Brass to play the Rimsky-Korsakov piece faster.

''We were at a distinct disadvantage Tuesday night when we accepted the challenge,'' Chuck Daellenback, a tuba player with the Canadian Brass, said yesterday in Toronto.

The Canadian Brass was clocked at 60.05 seconds, but Mr. Daellenback figured that because of all the problems involved playing ''The Flight of the Bumblebee'' on the tuba, ''we were entitled to an eight-second handicap and we declared ourselves the winners.''

Then, on Tuesday night in Toronto, the Canadian Brass tried harder and huffed and puffed its way through in 55 seconds.

* I'm still not really sweating (since my partial thyroidectomy) so, unfortunately, I wasn't up for going to the Festival in upper 80's & really humid weather this year.