Home Archives Profile Subscribe
Not Back to School - Already? Really?! - and "Futura" by the Slackmates
Where was my mistake?, or Basically whining, and Something's Got a Hold on Me, and also Robot and Frank

We finally were able to go to the Paperhand Puppet Intervention show, City of Frogs, a week ago.  We went opening night, when daughter was here, but the show got rained out.  We had a few other nights open - all rainy.

I was glad to finally get a chance to see it.  It's one of my favorite shows of theirs.  If you live in the Triangle and haven't had a chance to see it, it will still be at the Forest Theater in Chapel Hill the next weekend (Sept. 7/8/9) and at the outdoor theater at the NC Museum of Art the following weekend (Sept 14/15/16).  You can check the Paperhand calendar here.

I'll post one photo above the fold - it's from the first minute so I'm not giving much away.  I'll put the rest below the fold so that anyone who's going in the next few weeks can avoid them. 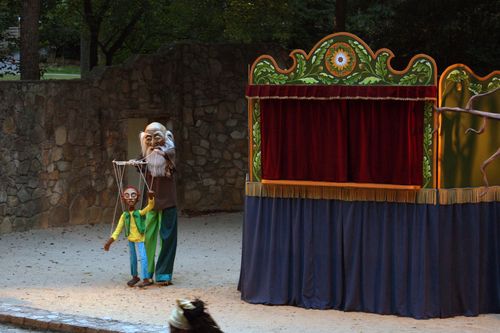 The story of a puppet... 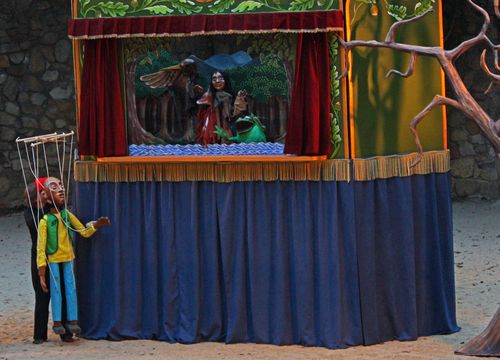 ...entranced by the story of the girl who grew from an acorn... 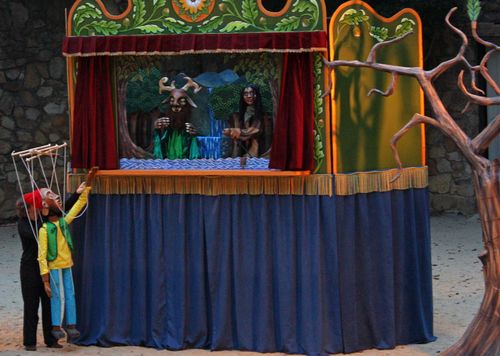 ...who had her heart hidden away by the Man of Beasts so she wouldn't die.  The wilderness is built up into a city.  She cannot find her heart. 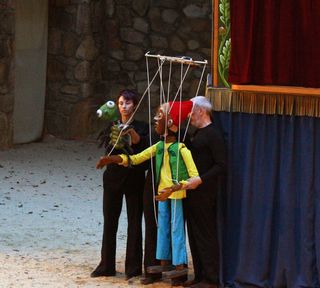 He makes friends with a tree cricket... 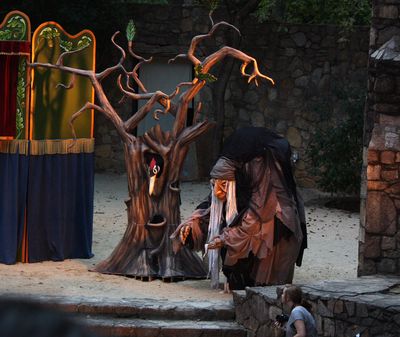 ...who is chased by a woodpecker.  The woman still searches for her heart, and the puppet wants to help her. 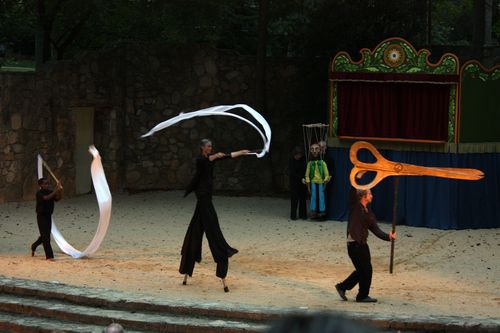 The puppet's wish is granted.  He has one day to find the heart. 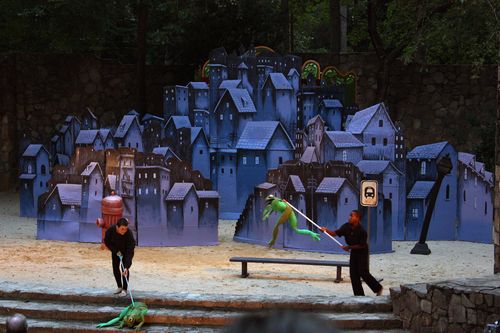 The frogs frolic in the city, although they are chased. 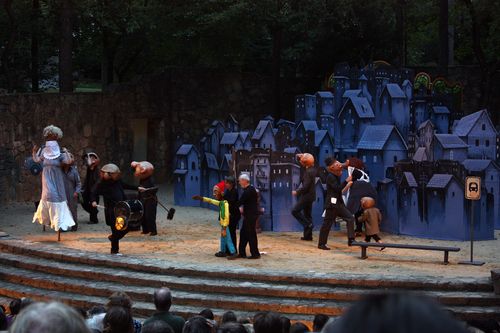 Everyone is too busy to help.