While taking my walk this morning, I came around the corner started down the hill toward a couple standing at the end of the driveway.  The father was holding his son in his arms and saying, "Now you're a big boy in first grade!"  Further down the hill, a father and daughter, waiting for the same bus, were playing a game.  I went down to the bottom of the long court, and, on my way back up, I saw the bus.  Sitting.  And sitting.  The snapshot in my head, which I can't show you, is of the father leaning towards the door as his daughter leaned over the front seat, exchanging a few more words.

The elementary school bus headed on its way, and I headed on mine.  At the end of the walk, high school students, whose bus comes 45 minutes later, started to appear .  One teen was dressed in the current styles, low slung jeans and a form fitting t-shirt.  Her mother was holding a cup of coffee, and, as I passed, they hugged. 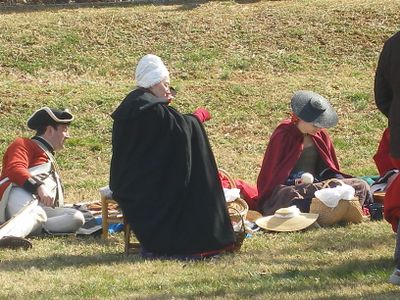 Not every year, but most years, we've done something special on the first day of school - gone to the science museum without crowds, picnicked at Duke Gardens, gone to the Mad Hatter Cafe for a snack.  This year, it was just younger son and I.  Older son left at 7:40 am for NCSU.  Daughter left at the same time for work.

Since last spring, younger son has been looking forward to going to the new Lego store in Raleigh.  Legos are one of his passions; he saves his allowance for months.  Because of my knee, I haven't been able to drive as far as Raleigh since the beginning of last summer.  This month, I finally can again, and that's where we headed this morning. 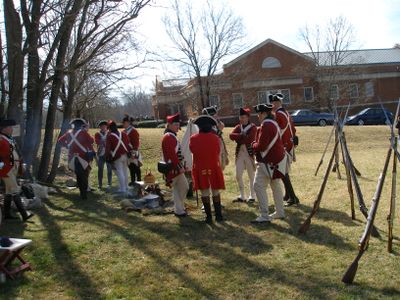 He smiled all morning and all the way there. 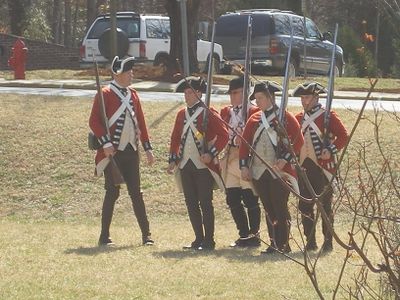 I'm finding that it's more difficult to get involved with homeschooling groups with younger son.  The numerous sports or arts programs aren't his sort of thing.**  I sign him up for whatever hands on science programs I can find.

I'm also in a different spot than many homeschooling parents of fifth graders.  For many of them, their fifth grader is their oldest, and curriculum choices are very critical.

Having been involved with older son's and daughter's high school homeschooling for the last seven years, fifth grade homeschooling seems so free.  Yes, we regularly work on writing and math.  Beyond that, there are so many things to explore.  We're not bound by the rigidity of what is necessary for the college bound high school student.  We read about science and history, and we also wander around the yard with the microscope and go to historic sites such as the Revolutionary War encampment in Hillsborough last winter, pictured here (daughter and older son also went - older son took these pictures).  Younger son hasn't had much interest in history until this year, but he's been gobbling it up, and I'm amazed at how much detail he remembers. 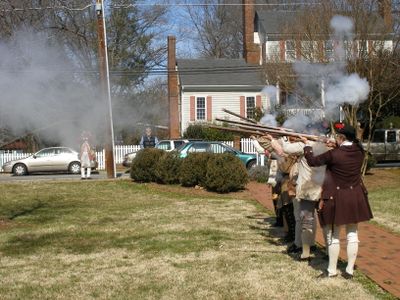 This difference, however, sometimes leads to awkward conversations with other homeschooling parents of fifth graders, though. They're very concerned to do everything right, and I feel kind of free spirited hippie-ish in comparison.  I'm not, really, but, compared to high school, there seems to be so little that needs to be done at this age. It's all a matter of perspective.

This reminds me that I need to go and borrow Favorite Greek Myths by Mary Pope Osborne from older son.  Younger son enjoyed her book, Favorite Norse Myths, earlier this year.

Younger son spent the afternoon putting his new Lego sets together.  Here's how they turned out (the clone troopers seem rather bemused by the rock monster): 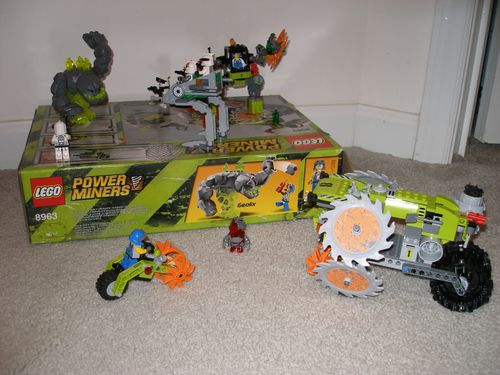 * One of my projects this week is to go over all the homeschooling activities I can find in detail to see if anything works out.

** Some kids are malleable and will go along with whatever you try to get them to do.  I'm always amazed at them.  I wasn't one of those so I couldn't pass those genes on.

It's interesting to consider the different ways you might homeschool your 3 kids, given how different their personalities and interests are. You need more resourcefulness than a school teacher, in a way, because you're trying to work with their individuality in a way a school teacher can't. I think it's wonderful that you have the long perspective to be able to relax in this year. I have the impression that there are homeschooling parents who might not ever feel that free, regardless of the age of their kids.

Great post - and a nice glimpse, for me, of your special "First Day of School" event.

The enactment photos were eye opening - I didn't realize there was that much or that it was done that well.

Karen-in-law: The variety is part of what keeps it interesting. You're right, homeschooling younger son is far more relaxed at this point. OTOH, daughter is starting to fill out her college applications (Aaack!!!!)

Dear husband: I forgot you didn't go to the re-enactment.