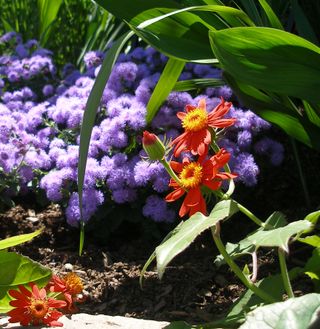 Because so many people were going to be out of town, there are no Joseph rehearsals this week.  I assumed that meant I would have more time to blog, right?

Younger son has a camp all week.  I'm being a good, efficient mother and cleaning house and running errands while he's there, right?

The house is a wreck.  I don't really notice because daughter and I have been wandering around Chapel Hill during camp hours (and we've been busy in the evenings even without rehearsals).  Monday, we went to the UNC-CH graduate library, which I haven't been to since before younger son was born.  I got out American Vulgar:  The Politics of Manipulation versus the Culture of Awareness by Robert Grudin, The Mystery of the Cleaning Lady:  A Writer Looks at Creativity and Neuroscience by Sue Woolfe, Family Ties:  Relationships, Socialization, and Home Schooling by Gary Wyatt (a homeschooling book that I actually haven't read yet!), Hidden Intelligence:  Innovation Through Intuition by Sandra Weintraub, and The House of Intellect by Jacques Barzun.  Daughter got out a larger stack, mostly about American and Mexican History. 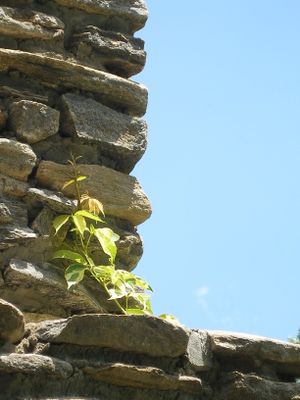 [Note:  It would not be polite to ask if I've already finished all of the books from the last library haul.  However, I will mention that the fact that I haven't did make me limit the number of books I checked out.]

Tuesday she had physical therapy for her sprained ankle, then we went to the Caffe Driade for a snack and did some shopping.

Today, older son came along and we went to the music library at the university.  I haven't been there for years.  That place makes me happy!  I did realize that there wasn't much point in my looking at the sheet music for musicals because anything I enjoy, I already can sing by heart.  I checked out One More Kiss:  The Broadway Musical in the 1970's by Ethan Mordden, Can't Help Singin':  The American musical on stage and screen by Gerald Mast,  Broadway Babies Say Goodnight:  Musicals then and now by Mark Steyn, The Happiest Corpse I've Ever Seen:  The last twenty-five years of the Broadway musical - also by Ethan Mordden, and ...

Oops.  I got distracted looking up musicals in that last book.  I also got a few flute pieces and the book, A Problem Like Maria:  Gender and Sexuality in the American Musical by Stacy Wolfe. 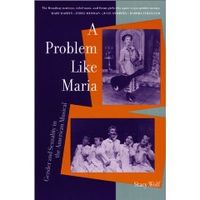 That last one sounds like it should be a dour and weighty book.  It's not:

This book began with my own curiosity about the passion I had for musicals in spite of my politics.  As a feminist who came of age in th e1970s and early 1980s, I believed that all of my pleasures should be appropriately feminist; that I should identify with strong, non=-stereotypical women characters and reject representations that relied too heavily on a woman needing a man.  Although I never felt consciously pressured by this ideology, I was well aware that the musicals I adored and in which I frequently performed featured women who only seemed to sing about love, who needed men to fulfill their dreams, and who hardly seemed like good role models for my growing feminist sensibilities.  My secret life was about musicals, about my embarrassing but undeniable attachemnt to them, about the absolute seductiveness of their song and dance.  (p. vii)

She has a chapter each on Mary Martin, Ethel Merman, Julie Andrews, and Barbra Streisand. 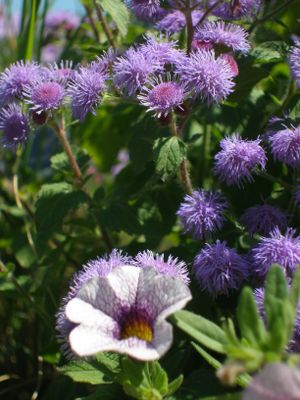 We also stopped at Sugerland for a snack (my current favorite - mint, chocolate, truffle bars), Back Door CD's (used), and The Bookshop (a favorite used book store since it opened in Chapel Hill twenty-four years ago), where I bought The Bookstore Mouse by Peggy Christian and Tam Lin by Pamela Dean.

Much more fun than errands, right?

Twenty years from now, the state of the house and the errands won't matter.  The time we spend together will.

Friday we're going to have a game morning at home, playing the games that younger son is too young for.  We haven't decided about tomorrow, yet.  Clothes shopping?  More books and CDs at Barnes and Noble?  The art museum?

[Photos have nothing to do with the post - they're still more photos from the Asheville Arboretum (you wouldn't believe how many photos we took).  I took the top and bottom ones; older son took the one in the middle.]