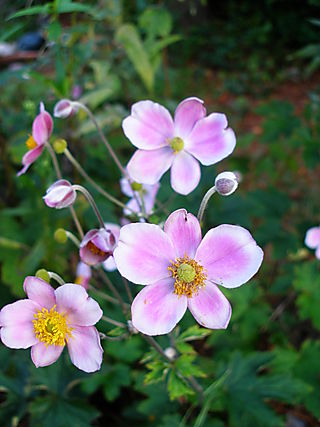 According to the blog experts - you know, the ones that help you increase your blog traffic & make money, etc. - "On Writing" is a bad title.  Bloggers should have zappy titles to get people to want to read their (brief-otherwise-people-
won't-read-them) posts.  I should title this something like "Writing for fun and profit" (and I should make it short)(not going to happen).

Not that I mind a zappy title, if I come up with one (or hear one in passing), but it's not my first priority.

I've been thinking about a comment that PoliTits (Now that's a great title! (grin)) made when she gave me the Kick Ass Blogger Award.  She mentioned my blog's "conversational writing style."  She was describing, not criticizing, and she's quite accurate.  But I've had a bit of trouble (this is about me, DCup, not you, and it turns out well) with that description.

You see, I feel like writing, REAL WRITING, has to be more than that.  How dare I even show my face and write if I'm writing in a conversational style?!  What about all those hours in college and graduate school spent writing and rewriting term papers and essays - hours spent refining and honing my subject and argument, and, hopefully, eradicating every trace of the personal?  That's what I aspired to for years as "writing."

Okay, "aspired" is not the right word.  I enjoyed a few of those papers, but I detested most of them.  Particularly in high school, writing was more of a construction project* than anything else.  The point was to get all the parts in the right place - the topic sentences, the transitions, the supporting arguments, the conclusion.  The thoughts didn't really seem to matter at all.  It was very difficult to get out of this mindset.

We saw Dead Poets Society last weekend, and, during our usual post-movie discussion, I mentioned that, in schools, I'd never had a teacher like Mr. Keating (particularly the individual attention he pays to a student in this scene).  After further thought, I amended that to say that I had few non-music teachers like that.  I had some academic teachers that were encouraging, but none, besides my graduate school advisor, that ever engaged me one-on-one the way that he did with his students.

I realized today that that also was not correct. There was one writing teacher in college that did encourage me to think differently.  Not just the class in general - me.  Quiet, unobtrusive, boring me.

For my first paper, I wrote the usual well-organized essay.  I got a fairly good grade, but the teacher said that the essay "lacked life."   Of course.  It was for school.  What else would it be?

The second assignment was to write about a painful experience.  It had been only five years since middle school so my experiences were still fresh - I wrote about being bullied.  That essay, unlike anything I'd ever written, was full of emotion.  Emotion, not organization, was its major feature - which is why I was surprised that it got the same grade as the first essay.

I asked the teacher - how could I possibly get the same grade when the essay was so emotional?!  He responded that I needed to learn how to combine the organization of the first essay with the emotion of the second and encouraged me to do so.  I'd never had a teacher show any particular interest in my writing before, much less any serious thought.

This advice, however, was relegated to the back of my mind for the rest of college, and most of graduate school.  I actually got interested in writing again from internet bulletin boards - where, again, I could combine emotion, discussion, argument, and a bit of organization.

I had a similar difficulty with the flute.  So much of the teaching I had was purely technical, particularly in college.  In order to loosen up and get back into the emotion of the music - any music, I would get out the...

Okay, guess what I got out.
.
.
.
.
.
.
.
Did you guess Broadway music?  One of my favorites to use was/is "Unexpected Song," from Andrew Lloyd Webber's musical, Song and Dance.  Here, it's sung, in concert, by Bernadette Peters, who won a Tony Award for the first act solo role.  The song starts at 1:55, but the introduction is fun too:

(If you haven't already seen it, her sultry version of Sooner or Later, from the same concert, is also lots of fun.)

Anyway, I would throw myself into playing dramatic Broadway songs on the flute in order to loosen up and be able to play classical music with feeling.

Put this all together, and it turns out that cultivating a conversational writing style is one of the best things I could do for my writing.  Writing in a constipated manner became habit in high school.  If I can break the habit (or have already broken it) so much the better!

So, I'm really glad that DCup pointed that out!

I hated and detested writing in high school since it was only a construction project with no personal involvement, just using words rather than something interesting like Legos**  I'm enjoying writing this (and listening to Bernadette Peters doesn't hurt either).  I'll revise this a few times before I post it. I'm writing this Thursday evening (9/25) after going out to dinner with dear husband - which made our kids smile.  Let's see how long it takes me to post it.


Remember the Writer's Workshop at church that I posted all those angsty posts about? I only went for two sessions, but I've recently realized that just those two sessions have had a definite effect on my writing (dear husband has also noticed).  This is part of why I do things that make me nervous (and I'm easily made nervous)(Oh, you've noticed?!).  It's a way to learn and grow, even if I can't tell at the time.

*  Thanks to dear husband for the description.

** When I was younger, I would have loved the really neat Lego sets that younger son has.***

What a great post. Funny, isn't it, how we view the process of writing versus the product of writing?

I know you know this, but when I mentioned your conversational style, it was a pure compliment. It's the kind of writing style I most appreciate because (1) I can connect with it and (2) It just seems so much more natural and, therefore, a better representation of the author's thoughts.

I love how you connected this to music. I find that listening to certain things definitely puts me in the mood to write.

That's interesting - what you say about better representing the author's thoughts - because, back in high schoo, that's the last thing I would have thought writing could/should do.

I read all sorts of blogs, but, if I've got limited time (like this week), it's the personal ones that I keep up with.