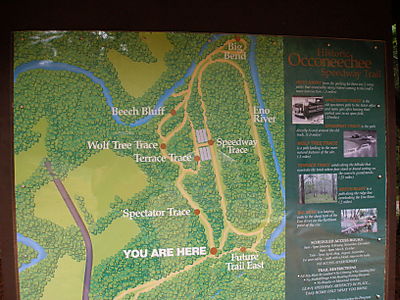 Yesterday, Tropical Storm Hanna was passing by when I woke up.  We couldn't go for our usual early morning walk, so dear husband and I talked and watched the wind whipping the leaves around.

When the wind died down and it finally stopped raining, older son and I went for a walk at the Occoneechee Speedway in Hillsborough.

Here's the map.  The speedway is overgrown now, although they did cut down the trees that were growing up through the bleachers. 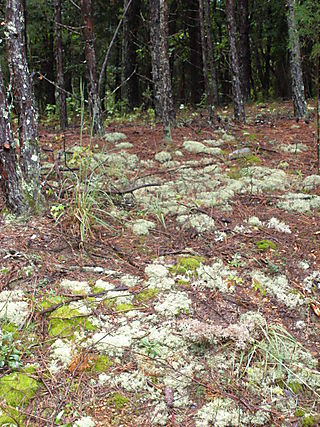 If you want someplace peaceful and quiet to take a walk, this is the place.  Even on sunny days, we've  never seen more than a handful of people there.  Yesterday, we were joined only by a lady and her dog, a jogger who ran around the track the entire time, and the caretaker who was checking it out after the storm.

I love the woods after a rain; they're even more peaceful than usual. Older son took this photo of a wonderful grove of lichens.

Originally, the Occoneechee Native Americans lived here.  By the late 1800's, Julian Carr owned the land and called it Occoneechee Farm.  He built a 1/2 mile horse racing track on it.

When the speedway was built, by NASCAR founder, William France, in 1948, it became one of the first NASCAR tracks.

It was, originally, a "superspeedway," one of the few mile-long racing tracks, so the drivers could go much faster. 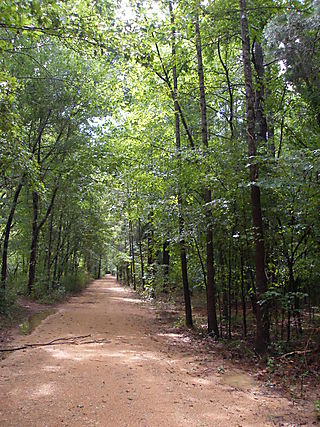 Racing-wise, it was a very popular track.  Locally speaking, however, it was considered to be a bad influence (loud noise and racing on Sunday), and it was closed in 1968.  Richard Petty won the last race.

It's now owned by the same trust that owns Ayr Mont.

Here's the straightway closest to the river.  You can't usually see the river from this straightway, but the river had spread out so much that we could yesterday.

Now on to lots of pictures! (There were two of us taking them) Older son's photos are labeled OS. 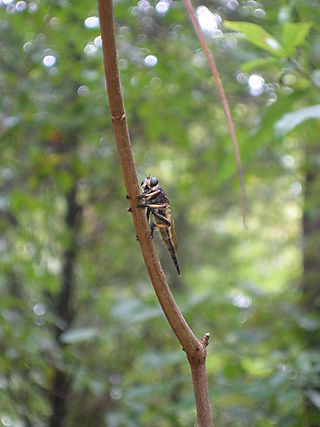 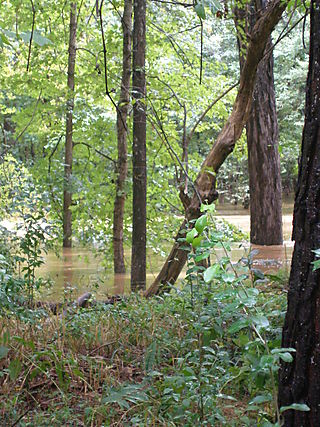 We usually can just barely see the edge of the river from here (OS). 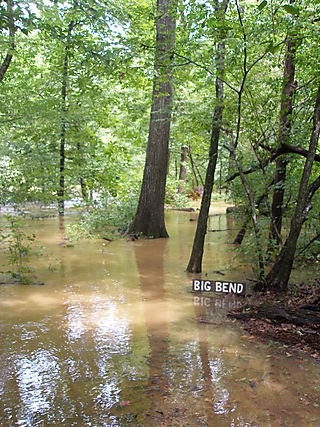 Something told me we wouldn't be taking the Big Bend trail. 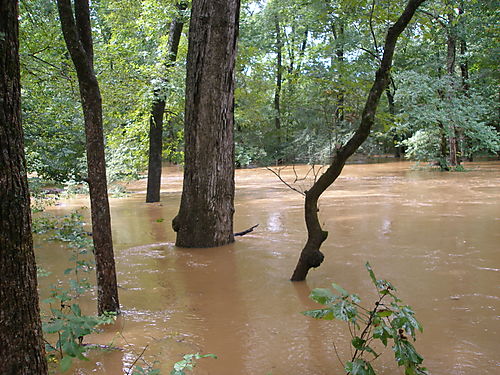 Ayr Mont, one of our favorite places to walk, is across the river from the Speedway, just a little upstream from here. 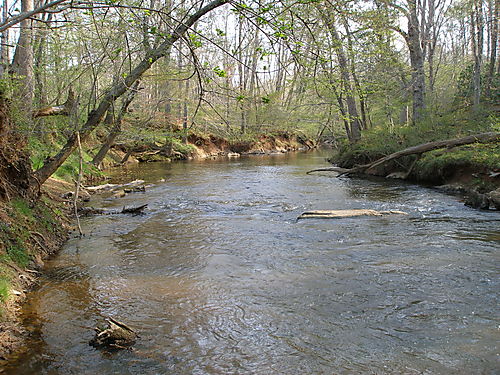 This is what the river looks like at Ayr Mont when it's not flooded (early spring photo). 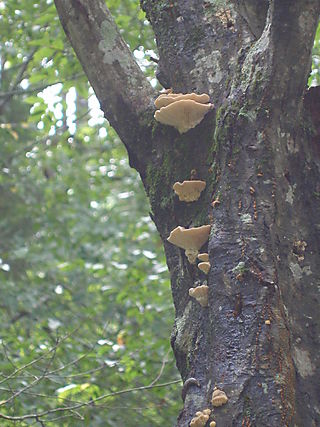 Brackets in a tree (OS). 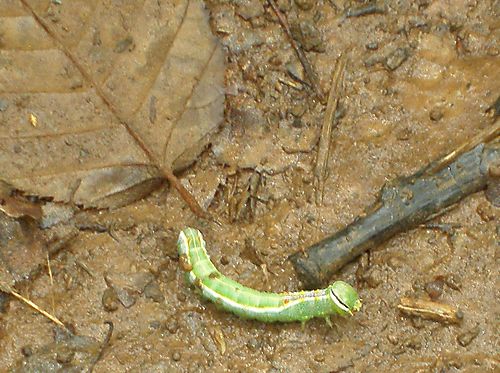 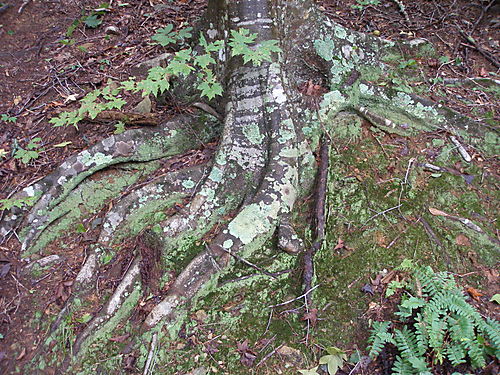 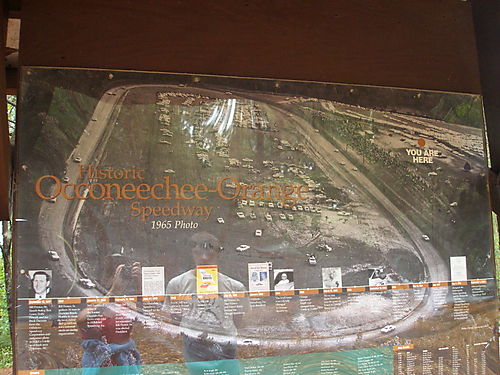 Picture of the speedway in its heyday... with the reflection of some random people. 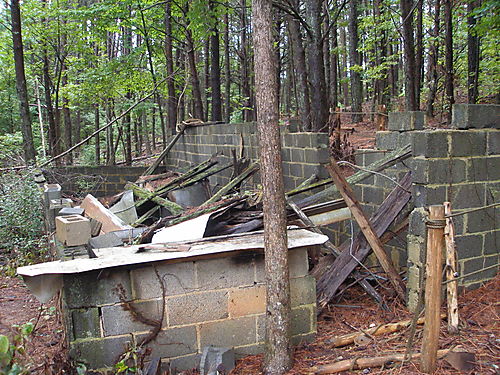 We came near the river again, and the water wasn't that far off the trail.  I mentioned to older son that, if we'd had a few more inches of rain, we wouldn't be on this trail.  A few seconds later, we came around the corner to: 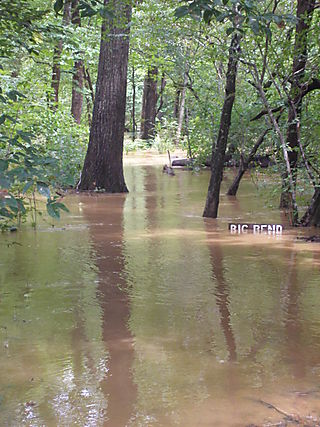 The spot where I was standing to take the previous, Big Bend photo was under water. 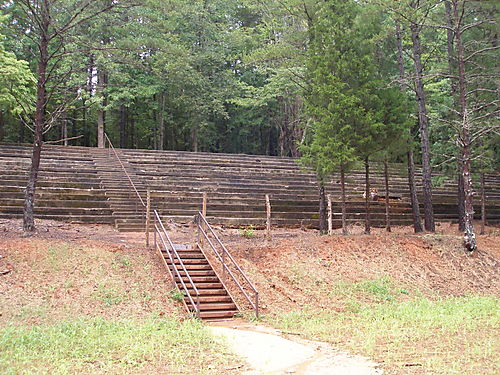 Unfortunately (for me), they've cleaned up the stands.  Before, they had an overgrown, Mayan-temple-in-the-depths-of-the-jungle feel (click here to see). 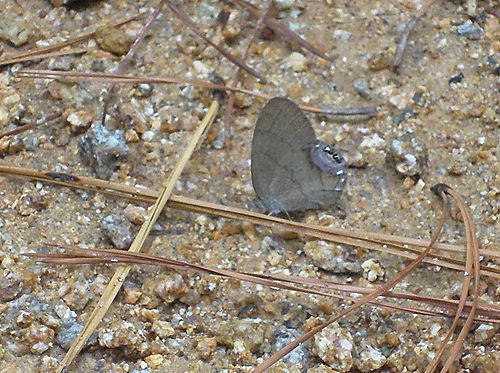 A kind of Blue. 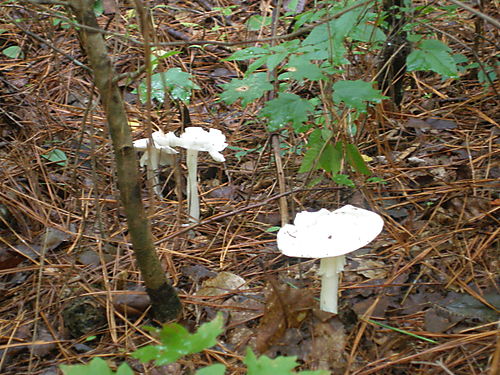 We're not as up on mushroom identification, but dear husband says these are Destroying Angels. We were going to take the stairs to the side trail, but they'd turned into a boat dock (OS). 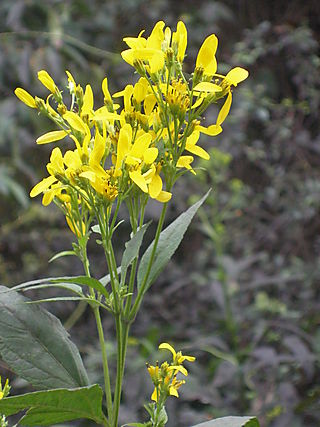 Yellow wildflower.  We didn't get a close enough picture to be able to identify it (OS). 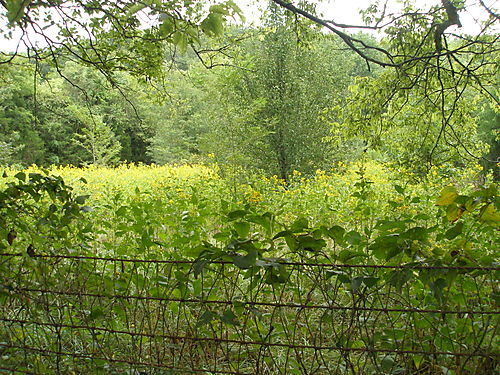 The unidentified wildflower was beautiful out in the meadow (OS).

And, here's my video of the Eno River in flood.


More on the Occoneechee Speedway:

Wow - what an interesting walk! I love your reference to the Mayan temples. Older Son takes beautiful pictures.

This was an incredible amount of work! And it gives such a well rounded and complete feel for the place. Bravo.

I was really happy to see how much energy you got from that bizarre flooded hike.

MoominPapa: It was more fun than I expected.