Back to Homeschooling: Part 1 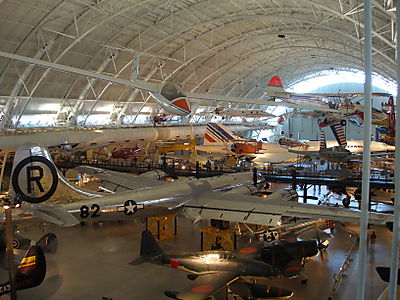 [Written a week ago, and finally finished up.]

Well, we started off our homeschooling this year with a bang - four days in Washington, D.C.

Because younger son and I took a longer break from our more formal work this year (though we we were still busy with books, museums, etc.), he was really eager to get back to it - even the math! (which was his bane last year.)  He wants to add spelling which surprised me.  I found that, with the older two, as they read more, their spelling improved, and they didn't really have to do it as a separate subject.  But, if younger son wants to, I'll go along with that!

A few weeks ago, he was going around the house mentally cataloging all the science experiments and kits we were going to do - which was making him even more eager (me too).  He said he was "homeschooling-sick" (missing homeschooling).  I'm glad he's so eager!

Up until middle school, what we do is only "more formal," than normal life, but not really "formal."  There are so many things to be exposed to at that age that we wander here and there, and I just keep track of the places we still need to visit.  Here are some of the current wanderings:  Pompeii, finishing up the book of summer poetry, space technology (going along with our D.C. trip)(Nat'l Air & Space Museum, Udvar-Hazy branch* pictured, above, right), George Washington, puffins, Native Americans, and the human body.  Plus lots of kits and experiments.  He's also really enjoying the  eight week biology class he's taking (the teacher has a baby due in November so it's just a short class).  We're going to visit the Stagville plantation in Eastern Durham sometime this fall, and probably check out some other local historical sites.  He's gotten much more interested in history recently.  We're also going to be doing some science-related field trips with our homeschooling group.

Younger son still is reading the shorter, chapter books.  He hasn't built up the stamina to get through longer ones quite yet.  He enjoys reading, though, which makes me so happy!  (long, previous post on reading here)

He loves books on tape, however, and that gives him a chance to hear longer books (besides the ones we read out loud to him).  I'm surprised at some of the things he'll listen to on tape - even Rebecca of Sunnybrook Farm, which isn't a usual 9 yo boy-type book.  [Later note:  Yesterday, he told me that he actually didn't finish that one - not because it was about a girl, but because it was too depressing.]  Other books he's listened to this summer include:  Around the World in 80 Days, the Bunnicula books, Doctor Doolittle, Harriet the Spy, Half Magic (which I'd read to him years ago), Julie of the Wolves, Dragonrider (another one I read to him a few years ago), Mr. Popper's Penguins, The Railway Children, Dealing with Dragons (and the sequels), Heidi, Poppy and Rye, and Pinky Pie.

Now that the weather's lovely, I'm also trying to focus on outdoor things.  One day, we took the magna-scope and wandered around outside looking at leaves and petals.   Some days, we just bring the books outside.

* Younger son loved the Udvar-Hazy center.  It has lots of the things that are too big for the Air & Space Museum on the mall.  Dear husband, who wandered around with younger son (older son and I go too slowly), has a post on their day here.

[Photo taken by older son from the upper bridge/walkway which I didn't get very far on because my acrophobia was making me dizzy.]