Friday Fun Song (which appeals to my introvert nature): "Leave Me Alone (I'm Lonely)" by Pink 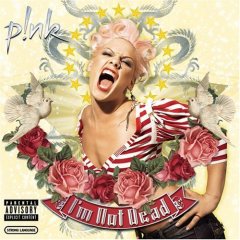 No, this isn't directed at dear husband. This song just really struck me - particularly last week when I had little time to myself, was rushing around, and was spending lots of time worrying about sick boy kitty.

It's a Pink song so there's language.

From her album, I'm Not Dead, which I've been enjoying (Musiclectic post on Who Knew).  On the album, I also particularly like Stupid Girls, U + Ur Hand (language), and I'm Not Dead (why is it that all of the songs I like most, musically, on this album, also seem to be the most in-your-face opinionated?). 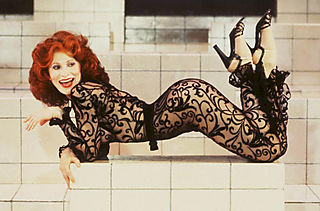 There's an interesting link to last weeks Friday Fun Song, about the musical Contact.  I mentioned that the dress in Contact (right) had been featured in an exhibit of William Ivey Long's costumes.  Another featured costume (left) was from the Musical "Nine."

Now, look at Pink's video for  U + Ur Hand (or don't look if it might bother you - it's rather bawdy in parts).  Check out her costume at 2:38 (click here since there aren't any embeddable videos of this one).

My girls hate it that I listen to Pink. They're always saying I embarrass them..LOL

The funniest thing is that they don't listen to her...only me.

LOL! Isn't that the purpose of parents?!