You know how, when you're in a bad mood, anything can set you off.  Well, my mood still isn't the greatest, and the insomnia the last two nights probably hasn't helped (I got eight hours of sleep if you put both nights together).  So, here's what set me off today...

Breakfast with Pandora has a very thoughtful post, On Doing What You Love, about writing, well worth reading, and my post has absolutely nothing to do with that.  However, something in a story he mentioned, The Test, did set me off. I will have to take BWP's assurance that it's a good story, because I couldn't see the forest for a few irritating trees.

At one point, the main character in the story sees an older woman in the grocery store:

Slender, seventy-something, and immaculately turned out, the old lady looked as if she'd just stepped from an Awayday advert. Nimbly, she took a jar of balsamic mustard from the top shelf, examined it, and put it back. 'Anthony,' she called, without turning her head.

A goodlooking man in his fifties rounded the corner.

The son, thought Frances with an odd little twist of apprehension.

The mother gave him a rueful smile. 'A jar of that special mustard? I can't quite reach.'

Now, I do see the point here, that the woman didn't really need the help and was just (sickly) manipulating her son, but it still set me off - because I have needed help in grocery stores before.  I'm 5' 1 1/2".  They don't make grocery stores for people like me.  I've ended up asking for help from random, tall people walking through aisles - they usually look down at me, rather bemused, as they get the item off the top shelf.

I've also pushed items on lower shelves aside and climbed up to get something from the top shelf.  I doubt stores would approve of it, but, if they didn't want people to have to climb up to get things from the top, they'd have those movable stools that libraries have (I love those stools!).  There are also those times where I can't make myself a ladder and no one else is around so I just glare at the upper-shelved item and leave without it.*

I often ask my older two children for help getting things down while we're cooking.  I can only reach the lowest shelf and a half in our kitchen, and the shelves that the cans are on in the garage are also high.  In order to get a step-stool in there, I'd have to move two cars.  I've told dear husband that, once everyone is off at college and beyond, we're going to have to rearrange the kitchen so that the things I need to use are on all of the lower shelves.  Unlike in the story, when my teens help me with high items, they're not being a "Mama's boy" or "Mama's girl"  (By the way, do you ever hear, derogatorily, of "Mama's girls"?  Why the difference?).

Another short peeve for this time of year:  capri pants.  What's the point?  If it's too warm for jeans, then I wear shorts.  Having half a calf uncovered isn't going to appreciably cool me off.  And, if it's too cold for shorts, why would I want half a calf-worth of cold?  I tried to buy shorts last summer and could find almost none because of those capris all over.  In comments to a post of hers last week, Bug girl describes the short-woman problem with capris:

I am 5 feet tall, so capri pants just make me look like I need a pocket protector to complete the outfit.

I won't go much further describing clothes shopping while short.  Waists at your hips; dresses that drag the floor.  Petite departments tend to stick to business or boring clothes, and the designers don't...allow for bosoms of various sizes.

Now, there's an obvious song for all of this, but I won't provide you a link.  I know it was supposed to be satirical, but I still can't stand Randy Newman's song, "Short People":

This song came out when I was in high school - only a few years after I realized that the teenage growth spurt had passed me by.  I hated it.  Still do.  Salt.  Wounds.  Welcome.** 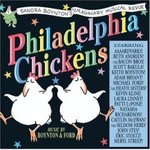 So, instead, I'll give you a link to Sandra Boynton's Faraway Cookies, sung by Caitlin McEwan, from Philadelphia Chickens:

Chocolate Chip Cookies so high on the shelf
Hiding inside of the jar.
I'm not tall enough to reach you myself
So near and yet so very far.

Oh, and the other tree?  The woman in the story is only seventy-something.  None of the seventy-something women I know would need help grocery shopping.  I'd have to work to keep up with them!

Hmmm... after ranting away, I went back and reread the story.  I like the ending.  She grew a spine!

*  For those in Orange Co., NC.  Orangina at the Harris Teeter North in Chapel Hill.

** It turns out he doesn't care for the song, long term, either.

If it makes you feel any better I'm 5'4" and I have to get help with the top shelf in the grocery store all the time and I am ALWAYS having to climb the dairy case to get the kind of yogurt we like.

I will have to disagree with you on capris though. I love them!!

A limited number of people look good in capris - you, Emily, are one of them.

The funny (interesting, strange, maybe ironic) thing about that part of the story to me is that the main character ends up manipulating her boyfriend in a similar way that the older lady manipulates her son. Both characters use dishonesty to get what they want.

Emily: I wouldn't mind capri's at all if they didn't seem to push out shorts in the stores. I gave up trying to buy a simple dark blue pair of shorts last summer. Almost all that they had in the stores were capris.

DF: You're right - she is doing the same thing. And the relationship was over whether he decided to come back or not - if he did come back, he would have found that she'd been lying about her father's death.

My mom and I were just talking about grocery stores and needing help. Having a short mom, I automatically grab things off of high shelves for people I see looking up and trying to decide whether it's worth it to ask for help or not. I was telling my mom I wish I could instill some of that in my own son. He just wanders around blissfully unaware of instances where he could offer assistance to others.

And the capris? Hate em too, and I'm tall. They are the most unflattering things on about 95% of women. Unless you are tall and very thing there are always better options, and yes, they are EVERYWHERE. When I was looking for a flattering outfit to wear to my mom's retirement party that was almost all I could find. I opted for a pair of black levis. Much better.

Agreed on the capris, Jennifer. Dh says that they make many women's legs look like chicken drumsticks - I'm never trying them on again!