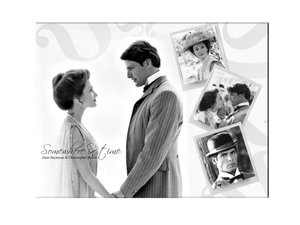 Earlier this week, we watched Somewhere in Time (with Christopher Reeve, Jane Seymour and Christopher Plummer).  Dear husband and I had seen this years ago, and I remembered liking it (at least for the most part).

The performances by all three actors are excellent, though Christopher Plummer always stands out in whatever he does.  The movie is a romance, but not a usual one - for reasons which I won't describe because that would give away the movie.   The movie gradually unfolds with beautiful scenery and interesting characters (but if you want a fast paced time travel movie, you won't just be disappointed, you'll be pulling your hair out).

Posted at 04:13 PM in Music: The Soundtrack in My Mind - Individual Songs | Permalink | Comments (1)

Paganini's 18th variation of his 24th caprice is ecstasy in music.