From Mommy Brain - and the meme was created by A Gracious Home:

Julia Roberts - she's got a beautiful smile which lights up her whole face.

Soapdish - a movie where Whoopi Goldberg is the calm character!  Or maybe Red Dwarf.

Event – Historic event that kept you riveted to the TV?

Favorite – If you could only own and watch one DVD the rest of your life, what would it be?

My Neighbor Totoro or Lili. 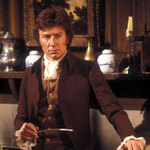 Head over heels – Which star were you in love with when you were younger?

Justice – Did you watch any of the famous O.J. Simpson chase down the freeway?

We had an upset neighbor visiting - her father was ill and had been taken away by the ambulance and we were waiting for her grandfather to come get her.  I turned on the TV to put a video on (she and older son were both preschoolers), and all the channels seemed to be playing this highway broadcast.

North by Northwest (and it has one of my favorite actors).

Laettner – Did you see Duke’s Christian Laettner make the winning shot against Kentucky?

No, but living near Duke, I've at least heard of him.

Never get enough – Which movie have you watched the most times and how many times have you seen it?

Well, the Wizard of Oz was on TV every year.  Besides that, others in the running would be Star Wars (which I saw 5 times in the theater, and numerous times since), The Princess Bride, and My Neighbor Totoro (right).

Opie – Opie or the Beaver?
Neither.

I haven't seen either, but the Colin Firth version is at the top of our Netflix queu right now (we've recently enjoyed seeing him in Love Actually, The Importance of Being Earnest and Nanny McPhee).

Remote control – Who is in charge in your house?

Up until recently, I've been.  Dear husband and older son don't do anything with the remotes.  Daughter also is occasionally in charge, and younger son is learning.

Commercials.  If we remember. Which we didn't.

Television – How many in your house?

Ultimate – Who is your favorite movie star?

The most dramatic one was the 1996 Olympics when Kerri Strug clinched her gymnastic team's Gold medal by landing a vault with an injured ankle.

Walkman – Did you ever own a Sony Walkman?

Yes.  It still gets used sometime.

X – Movie you wish you had never watched?

We're pretty quick to turn off DVD's that aren't any good.  We don't see that many movies in the theater so any we bother to go see have to be pretty good.  I have to go way back for this one:  The Woman in Red (1984) which got a good review from the Spectator (local, now-defunct magazine) and which had Gene Wilder whose movies we always liked.  The movie was a waste of time.  Another almost contender is An Awfully Big Adventure (sleazy movie with no likeable characters), but we didn't finish it, and Alan Rickman was good in the part we saw.

Yesterday – How many hours of media did you consume?

Three hours of Oklahoma and listening to it for the rest of the evening on the soundtrack in my mind.

Fall asleep to music?  If I've set the alarm to buzz, I just turn it off and go back to sleep.  If I set it to classical music, I start wondering what the piece is, listen to how it's being played, my mind wakes up and so do I.

There's no tagging with this meme.  If you do the meme, please leave me a comment so that I can come read it!

I remember that Olympics, too. I was pregnant with my first. That was the one with the bombing, too, wasn't it?