Maura O'Connell at the ArtsCenter

I'll write before I conk out... 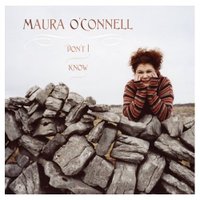 Although I've seen her in concert more than anyone else and I really enjoy seeing her perform, I've still been wavering back and forth this week about whether or not to go see Maura O'Connell at the ArtsCenter in Carrboro this evening.  Part of it is that I've had a lot of running around this week, and part of it is still feeling skittish about driving at night after the two deer ran in front of my van last week.   I had to brake suddenly, and the driver behind me had to go into the (fortunately unoccupied) other lane in order not to hit me (that's what keeping a proper FOLLOWING DISTANCE is for!).

Yesterday I finally decided to go, and older son decided to go with me.  I knew that, even if I was tired, I would enjoy the concert when I got there.

I was so right.

She started off with "To Be the One" (from Blue is the Colour of Hope) - go listen to it!  It has a very anticipatory feeling - great for starting a concert.  For those who have never heard or seen her, she's a wonderful singer with great stage presence.  She sings a variety of music - folk, Irish, jazz, pop, etc.  I like the variety.  She also picks songs with very rich words.

One of her sets was a "guilt" set with John Gorka's Blue Chalk (from Stories) and Mary-Chapin Carpenter's It Don't Bring You Love (also from "Blue...").   I hadn't ever thought of those as guilt songs so I'll have to look at the words again.  Her section of love songs started out with Clare Burson's "Hold On"- which is written as a love song to the writer's mother - and an apology for "having been a such a b* as a teenager."  That set also included "Galileo" by Declan O'Rourke - a beautiful song that I hadn't heard before (you can listen to it at his website).

Now, I don't listen to concerts critically - I'll rarely, if ever, write and tell you everything that went right or wrong (unless there is something glaring).  I open up my heart to listen, and her concerts pay that back very well.

She ended with one of my favorite of her songs, the bluesy-tinged "Blessing" (from Walls and Windows).  The last time I looked her up on YouTube.com, there were no videos.  One of the things I love about YouTube (besides it's propensity to take up lots of my time) is that people are constantly adding things.  You can hear, and watch, her sing "Blessing" here.  Also, before setting out on her own, she started out with the Irish group De Dannan.  Here is a video of her singing "Hard Time" with De Dannan, Mary Black, Tommy Fleming, and Eleanor Shanley.

Some of my other favorite songs that she sang tonight were, "The Blue Train" (from "Blue..."), and "Spinning Wheel," "Love You in the Middle," and "Trip Around the Sun" (from her newest CD, Don't I Know (pictured above)).

She's one of the first singers we encountered when we were getting interested in folk music - back when I was at the NC School of the Arts in the early 1980's.   There are many folk singers that I enjoy, but she and Mary-Chapin Carpenter are even a bit more special to me because I find, since we're similar ages, that I relate a bit more to the songs they're writing or singing as the CD's come out.  Some songs I'd rather not relate to - such as   "Time to Learn," which she sings in honor of the memory of her mother, and which I sit and listen with tears running down my face with memories of my father (she also has a son that's just a little bit older than my younger son).

She followed "Time to Learn" with the first song I ever heard of hers, "Western Highway" (from Helpless Heart).   "Western Highway" was part of the inspiration for the title of my blog.  I wrote about that back when I started, so for those of you who weren't reading then (which is all of you except for dear husband and children), here it is again.

Moomin Light, or How I Came Up with This Name

We were on our annual vacation in the mountains a few weeks ago (we had rain and the leaves changed late, but it was still wonderful) when I decided I would start a blog.  We got back home and I spent some time figuring out what website to use for a blog, then spent over a week trying to think of a name.  Many names were already taken, and some just didn't fit.  I was getting frustrated with the whole idea.

I was driving my son back from choir a few weeks ago, and we were listening to the song, "Western Highway," sung by Maura O'Connell.  One verse goes:

She draws out  "moonlight" and when I'm not paying total attention (like when I'm driving) I mistake it for Moomin light, which, when I thought about it, was a neat name for a weblog, and which was not already taken.  The Moomin stories have been favorites for both of our older children, and the youngest one (6 yo) has been enjoying having them read out loud recently (Currently, however, I'm reading Prince Caspian to him.  He was so excited to find that The Lion, the Witch and the Wardrobe was only the first of seven books!)

Looking at the CD again, this recording of "Western Highway" (written by Gerry O'Beirne) is quite a compilation:  along with Maura O'Connell singing, they have Nanci Griffith doing the backing vocal (those high haunting repeated "highway"'s), Bela Fleck playing guitar, Grey Larson playing flute, and Mark O'Connor playing bass.

I couldn't find a good picture of her in concert to put on my blog, but here's a link to one that gives a better feel for what she's like on stage.

What a treat to read this post with its wonderful links, and how nice to find another Mary Chapin Carpenter fan.

It is very difficult for anyone to supplant Emmylou in my affections, but that version of "Hard Time" is even better than hers.

Thank you! I came home from the concert just bubbling over.

We saw Mary-Chapin Carpenter in concert a year and a half ago (that will probably end up in a blog post eventually). The two of them are some of my favorite singers.

It's difficult to top Emmylou in anything!