Home Archives Profile Subscribe
What Flower Are You?
Guilt (Not!) and Feminism 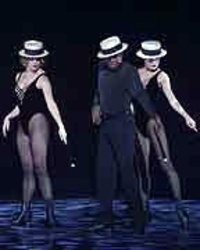 I first saw Ben Vereen on the small, black and white TV with upstate New York antenna-on-top-of-house reception.  In other words, small and fuzzy.  He was in an ad for Pippin:  "These are two minutes of Pippin.  Come to the [theater] to see the other eighty-eight"(It featured the dance scene to the right). That ad started my life-long fascination for the choreography of Bob Fosse, and my life-long appreciation for Ben Vereen.

I never thought, however, that I would get a chance to see Ben Vereen in person, and, unfortunately, he hasn't been in many movies.  I've seen only some of his many performances: Pippin on DVD, All that Jazz, Sweet Charity, Roots, his appearance on Star Trek: The Next Generation, and even his appearance on the Muppet Show.  We vaguely discussed possibly going to see him in "Wicked" on Broadway, but he finished a few months ago.

So, when I found out that he was going to be doing a concert of the songs of Sammy Davis Jr. with the North Carolina Symphony, I was determined that we were going to go.  We put it on the calendar and arranged other things around it.

I wasn't disappointed.  He was... dear husband says, "Incredible;" daughter says, "Indescribable;" and the News and Observer called him a "consumate entertainer".  He was fantastic!  He had the audience, and the symphony, in the palm of his hand.

The concert was billed as "two greats" in both the first half and the second half.  The first half had music by Peter Tchaikovsky and Duke Ellington - including the original March from the Nutcracker by Tchaikovsky and the Ellington version, "Peanut Brittle Brigade" (he and Billy Strayhorn wrote a jazz arrangement of the Nutcracker)(which I haven't heard before, but which I'm now going to check out). 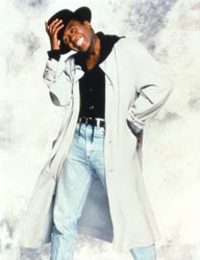 We knew that, since he would be singing Sammy Davis Jr. songs, Ben Vereen would have to sing "Candyman," and that's how he started out.  He came out on stage and slowly sang it, a cappella.  Although I've seen him both dancing and singing in musicals, I've paid more attention to his dancing than his singing.  This concert gave me a chance to focus on his singing - which is also excellent.  He sang, among others, "As Long as She Needs Me," "I've Gotta Be Me," "If I Ruled the World," "Black Magic" and "Bewitched, Bothered and Bewildered"  He sang and danced "Mr Bojangles" as a tribute to Sammy Davis Jr.

He was all over the stage, dancing, talking to the orchestra, encouraging them to swing more, sitting on the steps, and coming down off the stage to sing "Black Magic" to ladies in a red hat society.  His performance was electrifying - whether he was actively dancing around the stage or wistfully sitting and singing.  If the audience didn't respond, he would call them out on it and try again.  Every move, vocalization and gesture in his performance seemed to be in exactly the right place.  He was very willing to do encores and branched out into Sinatra tunes such as "Chicago" and "The Lady is a Tramp."

Younger son found, to his dismay, that I concentrate on live performances more than just about anything else except maybe driving (Yes, this does mean that I'm more distractable in church than at symphony concerts).  He enjoyed parts of it, got bored for parts, and lay in my lap for parts.  The concert was at Regency Park in Cary so his fidgeting wasn't a problem - and he actually stayed in place more than the group in front of us who kept getting up to refill their wine (and one of them had headphones on while listening to something on and electronic gadget - I assumed the Carolina Hurricanes game).  It was interesting to see the different set-ups people had for their evening picnics.  The group in front of us had a cooler with a separate place for a complete set of silverware.  The group beside us had a tablecloth on the table in front of them and roses in a vase.  We just had a cooler with sandwiches and water.  Next time, maybe we'll get some nice bread, and Boursin cheese, and strawberries...

There were some special guests last night.  Ben Vereen, who was adopted, had been looking for his biological family for decades.  He found and met them this year.  His sister and her family live in Laurinburg, NC, and they were at the concert last night.

The orchestra concluded the first half of the concert with a Fantasy on songs by Duke Ellington.  The conductor turned around at the end and said to the audience, "And you thought we couldn't swing!"  Later, dear husband told me that only the clarinetist and the drummer could.  But, in the second half of the concert, Ben Vereen was able to propel these symphony musicians into swinging a bit more (No insult meant to symphony musicians of course - I majored in music.  But, classical and jazz are different worlds).

He was very willing to do encores, and he branched out into Sinatra tunes such as "Chicago" and "The Lady is a Tramp."

In 1992, he was hit by a car and told that he might never walk again.  While in rehabilitation, he met Chita Rivera and asked her, "Will I ever dance again?"  She replied, "You'll dance again, but you'll dance different, and vive la difference."  He was back onstage again in less than a year in Jelly's Last Jam - and credits Gregory Hines for encouraging him to do so (Someday, I'll write about Gregory Hines too.  I'd also like to see Tap again - starring Gregory Hines and Sammy Davis Jr.).