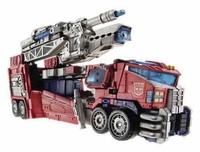 My younger son's two favorite kinds of toys are Legos and
Transformers.  Transformers, for those of you who are unfortunate enough not to have encountered them, are characters who can transform from robots into something else equally powerful - trucks, submarines, wolves, eagles, etc.  They have their own show, lots of DVD's to rent from Netflix, and lots of toys to buy.  One can stand in the aisle of the toy store with a seven year old boy for a long time as he decides just the right one to get with his Christmas money. 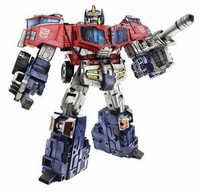 TechEBlog has a video of a real robot which transforms (and which is actually the point of the post, but I got sidetracked):  TeckEBlog:  WR-07 - A Real Transformer.